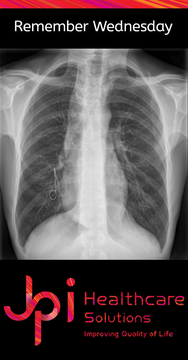 X-Rays are said to have revolutionized the treatment of tuberculosis. Around the mid-20th century, antibiotics for tuberculosis were created. Prior to this, patients were faced with resting in a sanatorium with the hope of improving. While early detection was believed to be the key in curing TB, prior to the x-ray, the traditional method of diagnosis was listening to chest sounds, which, oftentimes, could be difficult to do accurately.

The discovery of x-rays and their potential applications in the world brought both hope and promise to medicine. Soon doctors were able to utilize x-rays to view and identify the characteristic shadows and spots associated with presence of M. tuberculosis bacteria. This was a pivotal moment for early detection and diagnosis of many ailments. Since then, x-rays have been credited with saving the lives of many—in direct medical application, as well as in populations, factories, and mines.