For most of the history of x-ray systems,  anti-scatter grids were produced to work in a film-based environment. This meant that they were designed to be used in a reciprocating bucky – a motorized case that would move the grid during the x-ray, blurring out grid lines and artifacts. Many grids in those days were produced with a grid line rate tolerance of 8-10%.  A 103-line-per-inch grid could actually be 92-113 lines, and with reciprocating buckies the difference was rarely noticeable.

Flat Panels are more sensitive so grid lines and artifacts are more visible in digital x-ray images. Most importantly however is that the electromagnetic noise created by the motor in a reciprocating bucky can cause unpredictable artifacts in flat panel detectors. This means that grids for flat panels should be stationary, and will not be blurred out by movement. Grid lines (visible usually as a moire pattern on the image) and grid artifacts are extremely obvious in digital x-ray images.

The ideal grid for DR applications is a high line grid, typically 200-230 (LPI) lines per inch depending on the detector resolution, that is nearly invisible because of how fine the grid lines are.  By using the correct high-line grid, there is no need for software manipulation and possible data loss by removing those lines from the image. The leading OEMs, who are able to charge premium rates for their systems, recognized this very quickly and adopted and continue to use high-line grids. Unfortunately, high-line grids are very expensive to manufacture and tend to be cost-prohibitive for many applications.

Prior to digital imaging, the most common grid used by all x-ray manufacturers was the 103 LPI grid.  Over 80% of the grids in x-rays currently installed are 103 LPI grids. To avoid the higher cost of 200-230 LPI grids, many imaging software companies developed grid suppression. These algorithms remove the lines in the image produced by the grid and were often specifically designed for 103lpi grids. High-quality grids, such as JPI grids, are produced with a less than 2% tolerance (101-105 lines per inch). With these grids, grid suppression works well. When a lower quality grid is used, which could be anything from 92-113 LPI, grid suppression can fail.

Since most systems installed in the field have a 103 LPI grid, most technicians will enable grid suppression. Many installs will be fine, having a high-quality and properly installed grid already.  However, many others have grid line artifacts and other artifacts in the image. Technicians can spend a lot of time on site trying to fix this problem, looking for problems with the detector or software not realizing it’s the quality of the grid. This can waste hours or even require return visits without resolving the problem.  Hundreds or even thousands of dollars in man-hours can be spent by the installer prior to identifying the root cause as the grid. Even after identifying the problem, few installation companies keep spare high-end grids with them, so there will be no solution except to order, ship, and return another day to install a new anti-scatter grid.

This is why we at JPI decided that every digital medical sale will include a JPI anti-scatter grid.  Ever since we implemented this, our technical support calls related to grid line artifacts have disappeared and many installs that would have been difficult have gone quickly and easily. If you know what to look for, the signs of having the wrong or low-quality grid in your system are obvious to see. JPI makes sure that, when the problem does occur, you have the tools to fix it.

In everything that we do, at JPI Healthcare Solutions, our goal is to help our partners succeed. This is just one of the ways we do this!

To find out more about JPI Grids and anti-scatter grids in general, please click here. 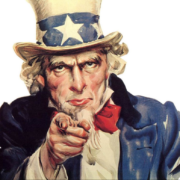 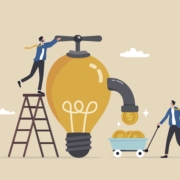 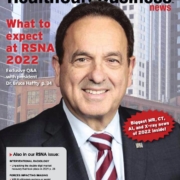 ExamVue Duo listed as one of the industry’s most innovative acquisition software. 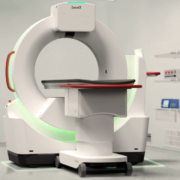 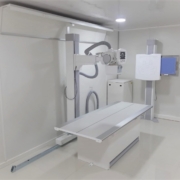 What are the benefits of moving to digital radiography? 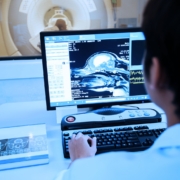 Want to join the discussion?
Feel free to contribute!

What are the benefits of moving to digital radiography?